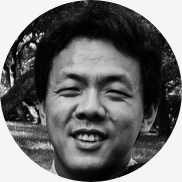 After graduating from the University of Maryland in two and a half years with a double major in Economics and Political Science, Sean started his investing career as an investment banker in Beijing, China, working on commercial real estate deals with multi-national investment banks.

He returned to the US in 2008 to focus on equities, just as the global financial crisis hit. In 2009, Sean joined the The Motley Fool, where he served as an investment analyst on the company's high-growth stock team. Working directly with Fool co-founder and co-chairman David Gardner, Sean honed his instincts for identifying great businesses and even better stocks.

Inspired by the disruptive companies he studied, Sean left the Fool to found his own startup: Saylo, a hyper-local chat app that won startup pitch competitions, was featured in DC tech publications, and attracted VC funding.

Eventually, Sean was recruited to join CustomInk, a pioneer in e-commerce and custom retail, where he spearheaded the development and launch of that company's own entrepreneurial concept -- a unique crowdfunding platform called Booster -- and helped it reach a run-rate of $20 million before taking a step back from the investing and business worlds entirely to pursue a personal creative passion.

At Huckleberry, Sean applies a perspective informed by the balance of both his operational and investing experience. He lives in California's Bay Area with his wife and daughter.

Tom Jacobs began learning about money through his weekly allowance. In quarters. And through his savings account passbook, interest hand stamped.

He bought his first shares of stock as a 12-year old learning from his Dad. Apparently not too well or quickly, because his second investment was in his best friend's father's new tech company, which turned out to be a fraud. That and his parents' experience of the Great Depression turned him to a life of teaching, writing, and learning to understand money and risk. Tom's 15 years of weekly columns offer a unique slant on most money concepts, demystifying them with humor and examples from everyday life. Complacency—what's popular—is not what he's about. (He wasn't popular in high school either.)

After careers as a teacher and lawyer, he became a Senior Analyst at the Motley Fool. Next he formed and managed his own investment research company with Jeff Fischer from 2003 to 2010, and then returned to The Motley Fool as an advisor and portfolio manager from 2010 to 2015. His book, What's Behind the Numbers? How to Expose Financial Chicanery and Avoid Huge Losses in Your Portfolio came out in 2012, and his latest just out, Rule of 72: How to Compound Your Money and Uncover Hidden Stock Profits, is for the Main Street investor. Prior to joining Huckleberry, Tom was an Investment Advisor and Portfolio Manager with Dallas's Echelon Investment Management.

Tom received his law degree from the University of Chicago and his M.A.T. and B.A. from Cornell University, but don't hold those against him. He lives with his husband, whom you can hold against him, in Marfa, a groovy art town of 2,000 in Texas's Big Bend.

Tom is also a frequent featured speaker for investor groups around the US, including recent engagements in Boston, Orlando, Houston, Los Angeles, and many other cities across the country.

Isaac got hooked on investing as a business student at the University of Oklahoma. He met the distinguished value investor, Michael F. Price, who spoke about his dynamic career on Wall Street.

During college, Isaac studied accounting because he heard Warren Buffett describe this essential field as the “language of business.” Upon graduation, he joined Deloitte’s Financial Advisory Services group, which he likens to the “special forces” of accounting. He became a forensic CPA, working on cases ranging from investigations to bankruptcy to high-stakes litigation. (He’s still waiting for Hollywood to buy the movie rights.)

The Motley Fool hired Isaac to write articles on its investment website. He was promoted to Senior Industry Analyst and led a team that covered roughly 40% of the S&P 500 companies. Isaac published over 1,000 investing articles on Fool.com and appeared as an industry expert on outlets including CNBC, Fox Business, and Nightly Business Report.

Prior to joining Huckleberry, Isaac managed a family's finances and investments in their private investment office.

Isaac received his Bachelors and Masters of Accountancy from the University of Oklahoma. He is an avid Sooner football fan and a licensed CPA. He lives with his wife, Rawson, in Asheville, NC where they hike with their kids Levi and Maggie and find their footing on clay tennis courts.

Note: Huckleberry is not a CPA firm, but we would be happy to recommend an excellent one if needed.

Ken is a former Senior Managing Director of Bear Stearns & Co. He joined Bear Stearns in 1995 after graduating from Rutgers University School of Business and worked there until 2008.

In 2002, Ken moved to London to head the European merger arbitrage and event driven sales and trading desk at Bear Stearns, a position he held until mid-2008.

Ken was awarded the right to use the CFA designation in 2003.

Ken produces a high finance and investment related podcast which can be found at www.YouTube.com/c/KenBausoCFA and most other places podcasts are found.